So Who Was Our First President? 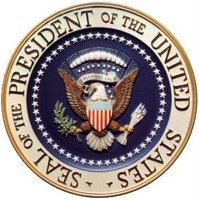 A few weeks ago when we were still discussing the formation of the United States government we were reviewing the content by looking at a time line I had written on the board. This is what I had written:

One of my more astute students looked at a time line I had on the board and made an observation. He said, “George Washington couldn’t be our first president.”

All of a sudden those students who were simply pretending to pay attention sat up and took notice. Someone was calling into question one of the first things they had learned back in the early days of kindergarten and they wanted to hear what I would say.

“Really, why would you say that, Jordan?” I asked.

“Well, George Washington became president after the Constitution was written.”

I asked the class, “Is Jordon right?” They nodded in agreement and a few said yes out loud.

“Go on,” I prompted Jordan.

“Well, you told us that the Articles of Confederation was our first plan of government, and if that’s true then someone was leading our government then.”

Several students looked as if they were pondering this in their own minds for a minute and all of a sudden light bulbs were popping on above almost everyone’s heads. Several hands shot up.

“What about the time before the Articles?” asked one student.

“What about during the Revolution? We weren’t listening to what the British told us to do,” countered another.

A third student said, “Yeah, like we’d listen to them while we’re fighting them, duhhhhhhh”

“Wasn’t George Washington leading the army?” said one of my more quiet girls.

“He was leading the army but not everything else. He couldn’t do everything,” said Jordon, the one who had started our discussion.

Cody was nodding as he said, “Yeah, remember? Washington had to ask Congress for stuff.”

Everyone began talking at once and I let them go back and forth for just a minute before I rang my bell. I have one of those old fashioned customer bells you see on counters in places like the dry cleaners. Students know my quiet signal is a tap on the bell. Once the room was quiet I turned back to the board and wrote one word…..context.

I asked, “What does this word mean to you?”

One of my language arts stars raised her hand, “Is it like context clues? You know, where the reading gives us hints for an unknown word’s meaning.”

“Ummmmm, your right about context clues, but that’s not where I want to go right now,” I said.

I turned back to the board and wrote the definition to “context”. The circumstances in which an event occurs, a setting appeared on the board. I continued speaking, “If we want to be truly be correct about the whole thing we need to know what our starting point is, and we need to know what we mean by the word president. When was the United States a recognized country? When was the moment it existed for the first time? Was there a president of the First or Second Continental Congress? What were the duties of the leader? Did the Articles of Confederation designate a president with the same rights and powers as the Constitution? What is the difference between the Articles of Confederation and the Constitution? Boys and girls, in order to determine the answer to this question you must look at the history….the facts.”

The Second Continental Congress directed the patriot cause during the American Revolution. A leader, referred to as president, did control the body and would have had duties similar to what our Speaker of the House of Representatives would have today. They could not debate, would vote last, and unlike today’s Speaker of the House, could appoint delegates to committees. The presidents of the Second Continental Congress were Peyton Randolph, John Hancock, Henry Laurens, John Jay, and Samuel Huntington.

Under the Articles of Confederation the delegates were referred to as the Congress of the Confederation or the United States in Congress Assembled. The first delegates to the Congress of the Confederation were the same delegates who had finished up with the Second Continental Congress. This new body took control of the decision making during the last days of the American Revolution. They saw us through the Battle of Yorktown and eventually the Treaty of Paris where Britain finally recognized the United States. This body also managed to formulate a plan to begin settlement of the Northwest Territory and was smart enough to finally admit the Articles of Confederation was not the best plan of government if the United States was to survive. The leader of the Congress of the Confederation was not the chief executive as laid out in the current Constitution, but several men held the job. They were Samuel Huntington, Thomas McKean, John Hanson, Elias Boudinot, Thomas Mifflin, Richard Henry Lee, John Hancock, Nathaniel Gorham, Arthur St. Clair, and Cyrus Griffin.

The First and Second Continental Congresses controlled patriot actions before and during the Revolutionary War while the Articles of Confederation was our first plan of government. It can be argued that the men in charge of both of the Continental Congresses and the government official who was the leader during the time period of the articles could be precursors to the office of president. It just all depends on the time period that is being examined and what the definition of president being used. The correct title for George Washington would be first president of the United States under the U.S. Constitution.

The other men mentioned in this article all served their country in a most valiant effort risking life and property in order to perform their duties. They should all be taught and remembered for the importance they hold in our nation’s formative years. However, the argument that there were fourteen presidents before George Washington does not pass muster as these men were not president with the same rights and powers given by the U.S. Constitution.

There is a great link to a lesson plan regarding John Hanson as the first president here. There are several links to primary sources even if you don’t need the lesson plan itself.

Labels: Presidents Under the Articles of Confederation

I went and read the link that Darren posted after I read the post (adding to what I already knew). And you say the same thing...Washington was the first "president," but we had leaders before him. I think it is important to teach how we became a country and who led us a different times...which includes the Articles of Confederation. Washington's presidency came about because of the need for central leadership.

Those guys who came before Washington were all Brits. Some of them were born in America, but officially they were still British subjects, however reluctant and rebellious they may have been.

My understanding of the rules is that only a native born American can hold the office of President.

And if that holds true, it has to be Washington

Thank you i really needed this info because my math teacher asked an extra credit question for Friday's test so i needed to know who the actual first president was.