The Tale of the Tapes 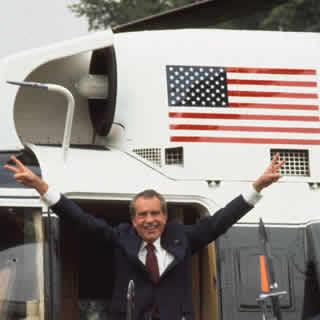 Enter my father’s house and take a left into the great room, walk by the large screen television and hang a left into the foyer. Keep turning to the left and walk up the steps. Notice the graduation portraits of my sister and I. Take a left at the top of the stairs and you’ll find yourself in my bedroom. Go to the closet door and enter. Go all the way in….it’s a walk-in. Look to the right and you’ll notice a small doorway into another smaller storage area. Inside you’ll find boxes of old school papers, Seventeen magazines, my old green RCA record player that was my sister’s until she got married, copies of The Vorpal Blade, my highschool newspaper, my green trunk that I took with me to college, and you’ll notice on top of one stack of artifacts a dusty cassette player and a faded blue shoebox. Carefully lift the shoebox in one hand and the cassette player in the other, and take them ever so carefully into the bedroom and lay them on the bed. What you have just extricated from the relics of my younger days is directly related to August 8, 1974, the day that Richard M. Nixon became the first U.S. president to resign from office.

What could my relics possibly have to do with President Nixon’s resignation speech? Now bear with me here…..I’m about to change direction in the story but I promise it will all come together in the end. As I tell my students, “Put your blinders on and stay focused.”

My parents had many different friends when I was growing up, but one particular couple stood out because they were so extraordinary. Major and Alice lived north of Atlanta and came into town once a month to visit the PX at Fort Macpherson. They would show up at our house late in the afternoon with their car laden with coolers filled with ice and packages of ground beef, chicken, and pork. Their grocery bags, back in the day when everyone used paper, lined up three deep across the seat filled with their provisions for the next month. My mother always fixed dinner for them when they were in town or we would take them out.

Major was not his real name but was his rank upon retiring from the army. He used to tell stories about the OSS, World War II, Korea and Vietnam. Of course, he would wink and tell us many of his best stories would go with him to the grave because he’d have to kill us if we knew too much.

Major had grown up in Tennessee and Miss Alice, as my father always referred to her, hailed from Missouri and was a war time registered nurse. What made them so different from my parents and their other friends was the fact that they had lived all over the world and had a much different view of things. They both treated and talked with me as if I was their equal…as if I was already an adult. I always felt grown up when they visited. Miss Alice painted and their house was filled with paintings she had created of Major, their children, and different scenes from their travels. When my parents traveled to Switzerland Miss Alice painted a picture of a ski lodge in the Alps my Mother had fell in love with. I found it amazing that Miss Alice painted the ski lodge from a picture Dad had taken. It still hangs at Dad’s house.

The night of August 8, 1974 was one of those memorable visits from Alice and Major. Though I had watched the CBS Evening News with my Dad every night since I was a small child while I finished my homework, I didn’t always know exactly what I was looking at and didn’t always understand the stories. By 1974, I was twelve and in the seventh grade. I knew what Watergate was about and knew that I was witnessing history.

My Mother had been glued all during the summer of ‘73 to the nationally televised hearings that began airing May. I remember watching the testimony of John Dean while behind him his beautiful wife sat. One particular day she had on lots of white and she made a starkly pure background to what was a sordid affair. I rememember the lull of Sam Ervin’s wonderful southern accent in marked contrast to the gruff sounding G. Gordon Liddy. I knew that some of President’s Nixon’s staffers had testified that White House meetings and telephone conversations were regularly taped. Once the Nixon White House tapes were finally turned over it was discovered that there was an 18 ½ minute gap of silence on a tape.

Nixon’s Chief of Staff at the time, Alexander Haig, stated that “some sinister source” had erased the tape. Yes, that’s the same Alexander Haig that announced, “I’m in control here,” after the assassination attempt of President Ronald Reagan.

Once the House Judiciary Committee had passed the first three articles of impeachment charging President Nixon with obstruction of justice many of the newsmen my Dad watched began to talk of the President’s impending resignation.

Major arrived at our house that night wanting to make sure the television was working and told me that the President was going to speak at 8 p.m. Children wouldn’t understand the big deal that it was back then because the President speaks now, but they can still get many of their favorite channels on television. In my day when the President spoke every channel (all 3) and every radio station carried it. It couldn’t be avoided. I don’t know anyone who would have wanted to….back then.

I had received a cassette tape recorder for my birthday, and had set about antagonizing my entire family by hiding it in the bathroom with the record button on, recording records, snipets off the radio, my mom on the phone, and our dinner conversations. While Major spoke with me about the importance of the President’s speech he saw that I had my recorder out. He suggested that I record the President’s speech. So while he and Dad debated on which channel to watch I plugged in my recorder and had the mike and tape ready to go.

As 8:00 approached Major and my Dad got in their positions in front of the television. My mother and Miss Alice even made an unusual appearance from their normal place around the kitchen table. I situated myself on the pine board floor in front of the television. The same kind of television many people had at the time. Our antenna was constantly decorated with balls and flat pieces of aluminum foil in a vain attempt to receive the best signal. That was before the days of the universal remote when we had to change the television by actually walking over to it and turning a knob. Imagine that! Our knob had disappeared through many years of my sister and I abusing it by seeing who could rip the dial around the fastest. There was always a pair of pliers on top of the television to latch onto the actual rod that changed the channels or sometimes Dad would scrounge an old oven knob that would work until one of us lost it.

So go back to my old bedroom at my father’s as you open that faded blue shoebox. Inside is the tape I made on August 8, 1974. I keep it in the same box with all of my other tapes from that time period because to me the whole unit symbolizes innocence lost. My childish recordings of my dog, Lady, licking my face, my recordings of an unnamed family member in the bathroom, my recordings of one of my Mom’s phone conversation with Aunt Boofy and then Aunt Rachel, my recording of my much annoyed sister telling me to leave her alone mixed in with a President’s shame, a nation’s shock, and innocence regarding the machinations of government lost.

There are several links where you can find out more about Watergate here, here, and here. President Nixon’s complete resignation speech can be found here.
Posted by EHT at 7:51 PM

Quick comment, EHT, before I rush off to school: Why don't you transfer that speech from the tape to a CD? Then it will last and last...

time warp....having to manually turn the tv channel selector knob....ONE of the reasons my Dad always said that he had four kids.....

I remember the CBS Nightly News, with Walter Cronkheit (sp?). But most of what I recall has to do with Vietnam.....body counts, US mission to ....

I was in h.s. when Nixon resigned. It didn't bother me one way or another.....What 14-15 year old boy paid much attention to politics back then?

But, I still have my political button collection, including several from both of Nixon's two presidential campaigns. I recall getting a "Yes on 19" button at a Nixon/Republican rally at our local park in 1968 (CA. Prop 19 was to legalize weed)...and NO, the republicans were not pushing THAT proposition, a variety of OTHER folks were doing that. And the Republicans had all the free ice cream and soda ya wanted at that rally....way cool for a nine year old!

Thanks for sharing some history and jogging my memory banks!

I probably need to transfer it CTG but it wouldn't be the same.

Your welcome, Polski3. I remember the nightly body counts as well. Wow, I would love to start a political button collection. Do they still make them? I never see them for current candidates.

Very well written and remembered. It is amazing to think that we were once innocent in America.

What a well-written post! As I read this, I felt I was reliving this moment all over again. Protect that tape!!

I watched Nixon's resignation speech at college in the Alferd Packer Lounge at the University of Colorado, Boulder. It was a surreal experience.

My brother gave money to the McGovern campaign, so I have a McGovern campaign button; Ike rhinestone earrings from when my Aunt Mary was a delegate to the convention that nominated him; a Pat Paulsen for President button; and most recently, magnetic bumper stickers from John Kerry's campaign, given to me by a campaign worker in a hurry.