The Death of a President 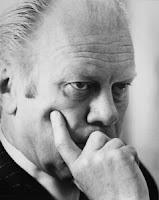 My son came in last night and told my husband and me about President Ford passing away. I was totally unaware even though I had been on the Internet all evening doing this and that. He was 93, our oldest living president, and he had been ill for sometime. He passed away at his home in Rancho Mirage, California.yesterday.

Though I was born during the Kennedy administration, was a toddler during Johnson, and remember most of the end of Nixon’s presidency, President Ford was the president I most remember as a young person. In October I wrote this piece for him that appeared at History Is Elementary and here at American Presidents.

He was a very interesting and honest man. We will be learning many more things about him over the coming days. One of the most interesting facts about our 38th president is that he served as president and vice president but was never elected by the people.

President Bush’s statement regarding Ford’s death can be seen here and the Ford Presidental Library site can be found here.
Posted by EHT at 7:03 AM