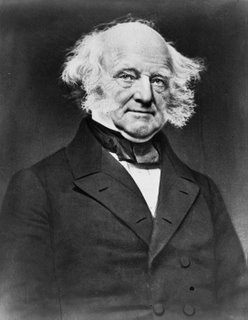 As technology races ahead in order to make our lives easier we are forever realizing there are trade-offs for a less complicated life. While email makes it possible to directly contact most anyone we must also put up with infuriating and at times comical email spam that fills our inboxes with ads for viagra, tales of lost Iraqi gold, or an invitation to join in on Nigerian banking intrigues. Desktop computers have led to working at home, instant publishing, and numerous ways to organize our lives. On the flipside desktop computers have opened up a portal to a den of inequity of pornography, gambling, and thievery which penetrates our humble homes and has a huge effect on business productivity. Cell phones have aided us enormously regarding safety and instant contactibility. The downside….instant contactibility. Cell phones are a curse and a God-send at the same time.

One of the problems we are seing more and more in education are the increased use of cell phones among our students at all grade levels during the school day. There are reports even parents do not hold sacrosanct instruction time and ring up their child when the whim strikes. Cell phones can be used to contact one another between classes, in class, and after school. Text messages can be used without the phone being detected at all. There are reports that cell phones at school have been used to bully other students, as cheating aids, and serve as disruption during instructional time. Text messaging has a language all its own. Short-cuts, half-spellings, and abbreviations abound. Now we are finding text messaging style is infiltrating our language arts classes, and there is a real concern text messaging will interfere with formal writing skills.

Just look at how the beauty of written prose can be changed through text message speak. Taken from Wikipedia look at this “translation” of William Shakespeare’s DreaA Midsummer Night’s Dream:

If we shadowes ave ofendd. Thnk bt ths & al is mnded. That u ave but slumer’d ere; whiL thse visNs did appr; & this wk &amp; idel theme; no mre yEldN bt a dream. Gentles, do nt reprehNd; if u pardon we wil mend; & I am honst Puck;

While we can decypher and “get through it” something is lost.

Interestingly enough abbreviated language is nothing new. How many times a day do you use the abreviation OK? We tell people we are OK when they ask how we are. We exclaim “OK!” when students finally seem to “get it”. We use OK at the end of question where we want some type of affirmation. Don’t bang on that desk again, OK? Complete the assignment and turn it into my box, OK?

So just how does the abbreviation for OK fit into a post regarding a past president and relate to text speak in the twenty-first century?

Stay with me while I connect the dots, OK?

During the 1840 presidential campaign supporters for Martin Van Buren wanted to come up with a catch phrase….a gimmick that would be catchy and stick in the minds of voters. Groups of supporters in Van Buren’s hometown, Old Kinderhook, New York, formed “OK Clubs” to support their hometown boy. Townspeople would get together and shout, “Martin Van Buren---he’s OK!”

Abbreviated expressions were used in Boston newspapers as early as 1838 and by 1839 had spread to New York and New Orleans. In a series of articles published during 1963 and 1964 in the journal, American Speech, professor Allen Walker Read asserts Boston newspapers, in an attempt at satire, referred to the local swells as OFM (our first men). They also used NG (no go), GT (gone to Texas), and SP (small potatoes). For those that were "abbreviation challenged" the papers would provide the real meaning in parentheses much like I have done here. Read further advised many of the abbreviated expressions were misspelled. Apparently this was intentional and was considered quiet humorous. Read gave these examples: KY (know yuse), KG (know go), and NS (nuff said), and completed his article with numerous cites to back his work.

My personal favorite is TBFTB which stands for “too big for their britches”.

In fact, the abbreviation for OK is also an attempt at humor and is misspelled. OK stands for “all correct”. The misspelling derives from the “a” being replaced with “o” and the “c” being replaced with “k”. In the places where OK was used the explanation in parentheses was “oll korrect”. Another version of OK was OW (oll wright).

Somehow OK just has a better ring to than OW. That’s an abbreviation I’m glad didn’t stick around. It does make sense to me, however, that Van Buren’s supporters would take advantage of a common trend at the time and use the double meaning for OK to refer that Van Buren was an OK guy and that he was their man from Old Kinderhook.

The irony of the matter wasn’t lost on Van Buren’s opponents either. They took advantage of the tendency to misspell the abbreviations and began a nasty rumor stating “OK” began with Andrew Jackson who was all but illiterate. Other rumors involving Andrew Jackson mention he picked up the saying “okeh” from a Choctaw Indian derivative and passed it along. Another story is during his court days Jackson had a habit of writing OK on documents to mean “oll korrect”, however, this is stretching things a bit since it has since been determined he wrote OR for “order recorded” on documents.

Reinterpretation of the slogan by Van Buren’s competition was also given such as “Out of Kash, Out of Kredit, and Out of Klothes.”

The media today is repeatedly accused of being biased against Republicans, however, newspaper columnists in the 1840s also participated in presidential attacks as they took to referring to Van Buren as “Oll killed”, “Orfully Konfused”, and “Often Kontradicts”. These altercations of the abbreviation OK only led to it being known nationwide.

There are at least eight or nine other stories about the deriviation of OK including that it came from the Greek language, a German general who fought with Patriots during the American Revolution signed documents with OK to stand for “Ober-Kommando”, and the company who supplied biscuits to the army was O.Kendall & Sons, and they stamped OK on each biscuit.

It’s amazing to me there are so many stories about a simply little abbreviation that is used millions of times every day worldwide.

I’d just like to think that a president who most Americans know little about had something to do with it…..OK?