The Eisenhower Farm at Gettysburg 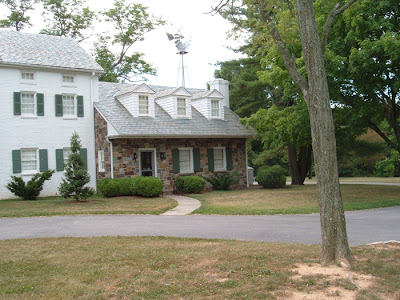 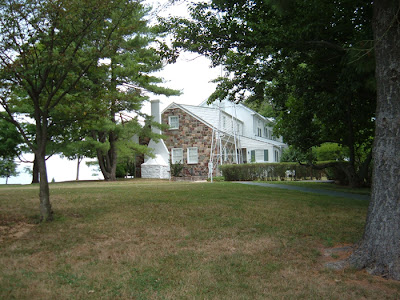 Side of house
Last week I was able to visit the Eisenhower farm in Gettysburg, PA. The Eisenhowers lived all over the US and the world during their marriage because of Ike’s military career. Ike had first been to Gettysburg in 1915 as a cadet and in 1950 when the Eisenhowers were looking for a retirement home, Ike’s fond memories drew him back here. They bought a 189 acre farm, but their plans of retirement were first interrupted by NATO and then the Presidency. 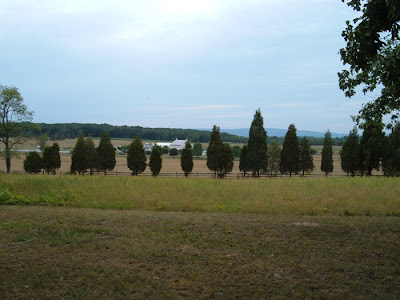 In his first term, Ike and Mamie had the farmhouse renovated. Once these were completed, Ike and Mamie began entertaining here and that included foreign leaders like Khrushchev:
Back in Washington, the President received a steady stream of dignitaries, many of whom he invited to Camp David for meetings, then on to his farm. After a tour of his Angus herd and cattle barns, Eisenhower brought these world leaders back to the house to sit on the porch. Eisenhower said the informal atmosphere of the porch allowed him, “to get the other man’s equation.” 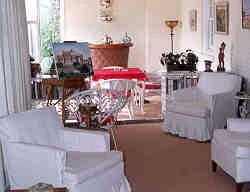 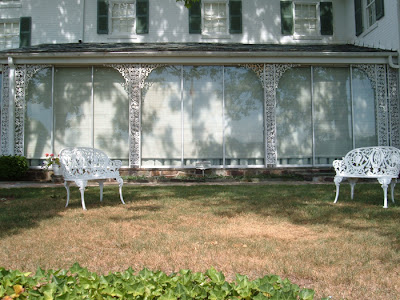 Back porch/sun room from outside 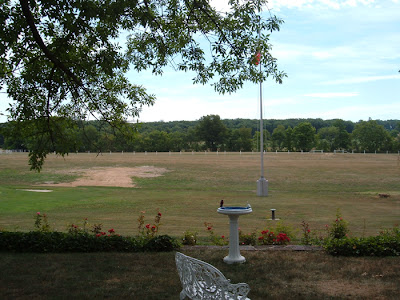 View from back porch (so what Eisenhowers visitors would have seen)
Since this farm was used during his Presidency, it also housed the secret service and you can see the remnants of their activities with things like this hole in the side of the house, which was used to hide a camera. 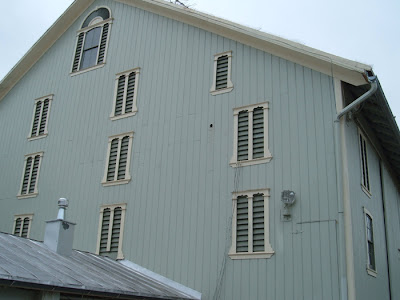 That little hole is the secret service camera hole
During the Presidency, the Gettysburg farm became Ike’s retreat as it was close enough to DC to make it an easy commute by helicopter. Ike was the first president to use a helicopter in this way, going between Gettysburg and DC in a half hour instead of driving the two hours. 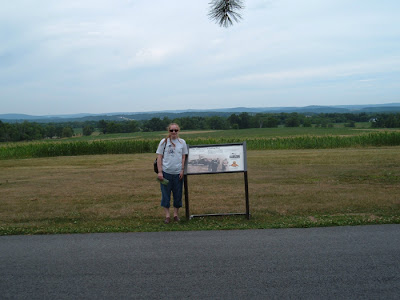 Me at the Heliocopter pad
The house tour includes most of the house, which is almost all actual Eisenhower items. The living room is full of the many gifts the Eisenhowers received from people all over the world. The Eisenhowers were the first Presidential family to watch TV regularly and you can see that in the several sets throughout their house. While the original house was historic, the Eisenhowers could only save part of it when they renovated the place as it was in such bad shape. But they did find the original house buried in it – a log cabin. You can see the beams in Ike’s den. You can take a virtual house tour online – it is aimed at kids, but you still get the idea. 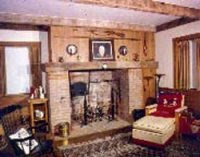 The den - see the beams? (NPS photo)
The grounds are also open for tours and you can visit the cattle barns to see the Black Angus or walk around near the house itself. There is a putting green, a summer kitchen, and a greenhouse and gardens as well as the guesthouse. The land is still planted each year by local farmers, who are required by the NPS to grow the same things that the Eisenhowers grew. The farm - see the corn? 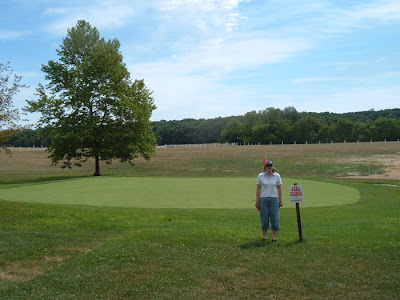 Putting green (that's my mother by it) 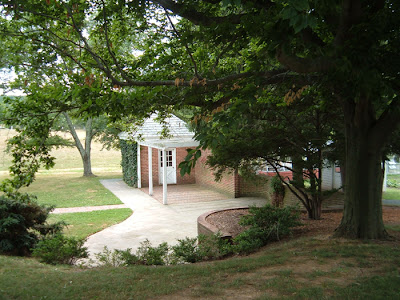 The summer kitchen where they would hold tea parties and BBQs. There is a built in brick BBQ there as well. There is a full kitchen the building - stove, sink, etc.
The Eisenhowers donated their farm to the NPS before their deaths (in 1967) and it was opened to the public in 1980, a year after Mrs. Eisenhower died.
Some things to remember if you visit the Eisenhower’s farm:

This park is definitely worth the time, so do visit if you are in the Gettysburg area.

The few times I visited the farm with groups, we were greeted by mock secret servicemen, sporting dark suits and glasses. I don't think they do that anymore.

The one thing that did strike me was that everything was monogrammed, even the slippers!