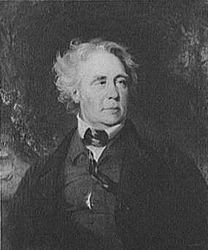 Barack Obama in his campaign to be President of the United States of America has brought the issue of race into the forefront of American life. However, this is not the first time this has happened during a presidential campaign. It has occurred several times before including during the elections of 1836 and 1840.

Richard Johnson was the ninth Vice President of the United States. He served under President Martin Van Buren. He was a controversial Vice-President. This was because had he openly acknowledged an Octroon woman (1/8th African American) as his common-law wife. Her name was Julia Chinn. Although she died before his election as Vice-President, it impacted his political career.

Wikipedia notes, "Unlike other leaders who had relationships with their slaves, Johnson was open about his relationship with Chinn, and regarded her as his common law wife. He freely claimed Chinn's two daughters as his own, much to the consternation of some in his constituency. The relationship contributed to his unsuccessful defense of his Senate seat in 1829, but his district immediately returned him to the House."

Chinn died during a Cholera outbreak in 1833. He had two daughters with her and he made sure that each had an education. Both married white men and were allowed to inherit from their father's estate when he died.

Johnson was a hero of the War of 1812. It was widely believed that he killed Tecumseh at the Battle of the Thames. He used this to his advantage politically and the slogan "Rumpsey Dumpsey, Colonel Johnson killed Tecumseh" was repeated often during the 1836 election. However, some Southerners refused to back Johnson as Vice-President. Van Buren carried Virginia in the election but the Virginia electors in the Electoral College refused to vote for Johnson. Wikipedia notes, "Although Virginia had gone for the Democrats, the state's 23 electors refused to vote for Johnson, leaving him one electoral vote short of a majority. For the first time before or since, the Senate was charged with electing the Vice President under the provisions of the Twelfth Amendment. The tally was divided strictly along party lines, and Johnson was elected by a 33 to 16 vote. Three senators were absent."

Johnson did not got any more popular during his term as Vice-President. He became such a political liability that Van Buren dumped him as a running mate in the 1840 Presidential Election. Van Buren lost anyway. After leaving office, Johnson struggled to regain a political office. He managed to get elected to the Kentucky House of Representatives in 1850 but he died a mere two weeks into his term.

It is hard to believe that a prominent southerner was elected Vice-President in the 1830s despite having been openly been wed to a woman who was considered a negro at the time. But it happened. The issue of race played a role in two Presidential elections. Richard Johnson is largely forgotten today but he has an important place in American history.
Posted by M at 1:01 PM

You taught me something today. Thanks! I'm going to slip this into my War of 1812 unit for next time. Rumpsey-Dumpsey....I love it!

You are welcome. It is hard to believe that this guy is not more well known. He killed Tecumseh and was married to a slave and was Vice-President of the USA. Quite a story...