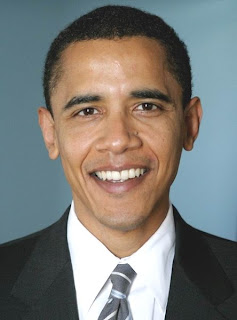 Congratulations to Barack Obama for being elected the 44th President of the United States. Regardless of if you voted for him or not, this is a historic moment as the US has elected an African-American as President for the first time. Just consider what the country was like when Obama was born in 1961 for an African American to what it is like today.

Obama drew on this great change in his victory speech:
That's the true genius of America: that America can change. Our union can be perfected. What we've already achieved gives us hope for what we can and must achieve tomorrow.

This election had many firsts and many stories that will be told for generations. But one that's on my mind tonight's about a woman who cast her ballot in Atlanta. She's a lot like the millions of others who stood in line to make their voice heard in this election except for one thing: Ann Nixon Cooper is 106 years old.

She was born just a generation past slavery; a time when there were no cars on the road or planes in the sky; when someone like her couldn't vote for two reasons -- because she was a woman and because of the color of her skin.

And tonight, I think about all that she's seen throughout her century in America -- the heartache and the hope; the struggle and the progress; the times we were told that we can't, and the people who pressed on with that American creed: Yes we can.

At a time when women's voices were silenced and their hopes dismissed, she lived to see them stand up and speak out and reach for the ballot. Yes we can.

When there was despair in the dust bowl and depression across the land, she saw a nation conquer fear itself with a New Deal, new jobs, a new sense of common purpose. Yes we can.

When the bombs fell on our harbor and tyranny threatened the world, she was there to witness a generation rise to greatness and a democracy was saved. Yes we can.

She was there for the buses in Montgomery, the hoses in Birmingham, a bridge in Selma, and a preacher from Atlanta who told a people that "We Shall Overcome." Yes we can.

A man touched down on the moon, a wall came down in Berlin, a world was connected by our own science and imagination.

And this year, in this election, she touched her finger to a screen, and cast her vote, because after 106 years in America, through the best of times and the darkest of hours, she knows how America can change.

America, we have come so far. We have seen so much. But there is so much more to do. So tonight, let us ask ourselves -- if our children should live to see the next century; if my daughters should be so lucky to live as long as Ann Nixon Cooper, what change will they see?
What progress will we have made?

President Bush congratulated the new President-elect and commented on this important step as well:
Mr. Bush said, “All Americans can be proud of the history that was made yesterday.” He called Mr. Obama’s life “a triumph of the American story, a testament to hard work, optimism, and faith in the enduring promise of our nation.”

“Many of our citizens thought they would never live to see that day,” he said.

John McCain, in his concession speech, congratulated Obama as well and encouraged us all to come together to improve our country:
This is an historic election, and I recognize the special significance it has for African-Americans and for the special pride that must be theirs tonight...These are difficult times for our country. And I pledge to him tonight to do all in my power to help him lead us through the many challenges we face. I urge all Americans who supported me to join me in not just congratulating him, but offering our next president our good will and earnest effort to find ways to come together to find the necessary compromises to bridge our differences and help restore our prosperity, defend our security in a dangerous world, and leave our children and grandchildren a stronger, better country than we inherited.

This election also had record voter turn-out, which is another feat to be proud of! The voter turn-out will be well over 60% and is looking to be the highest in generations, possibly in a century. It is wonderful to see Americans taking advantage of the right to vote that so many of our ancestors fought for.
Posted by Jennie W at 2:12 PM