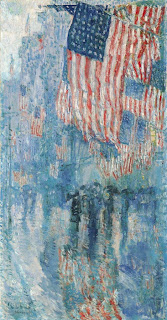 
The title of this painting is Avenue in the Rain (1917) and is part of the White House collection. It was donated during the administration of President John F. Kennedy and initially hung in President Kennedy’s bedroom. Later it was placed in the President’s Dining Room.

In the picture below we see the painting has moved again and is behind President Ronald Reagan. 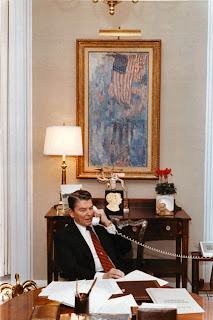 Today, the painting remains in the Oval Office and is see along with President Obama. 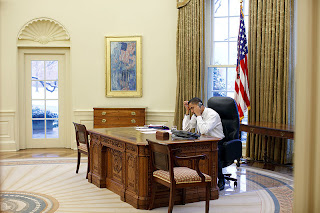 You can see more images from the flag series and find out more about the artist in my current posting at History is Elementary here.
Posted by EHT at 8:24 AM