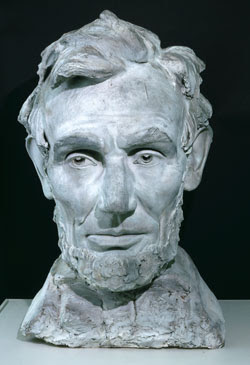 The New York Historical Society is hosting an exhibit titled Lincoln and New York. Information can be found at http://www.lincolnandnewyork.org/index.html. The exhibit runs until March 25th, 2010. I hope the keep this website up after it closes.

Abraham Lincoln was a Westerner who kick-started his presidential run in New York. This Lincoln Bicentennial exhibition of original artifacts, iconic images, and documents, many in Lincoln’s hand, fully traces for the first time the evolution of Lincoln’s relationship to New York: from his 1860 Cooper Union address, to his efforts to preserve the Union, and to the wartime threat to civil liberties. Lincoln’s evolving stance on slavery alternately infuriated and pleased African-American New Yorkers, many of them veterans of the anti-slavery movement and Underground Railroad activism. In a period in which New York supplied the Union with manpower, funding, image-making, and protests, Lincoln grew as a leader, writer, symbol of Union and freedom, and, ultimately, as national martyr.
Posted by M at 7:38 AM